You are Dr. Smithers from Black Mesa,
ex-scientist gone rogue after the resonance cascade incident.
Now, under-cover as a custodian, you managed to salvage crucial
hardware to rebuild a secret lab within a decommissioned subway station.

Once colleagues with the infamous Gordon Freeman,
you condemn him for the destruction of Black Mesa and alien invasion.
Now, your only desire is to find refuge in the Fiji islands after receiving a
postcard from your niece proclaiming that the Combine has yet to find its location.
And since local travel has been halted, you must find another way there.
​Fortunately, teleportation is your specialty.

​​What could go wrong?​
*This campaign requires physical crouching and climbing of in-game ladders/objects and strong VR legs.
​
OPEN BETA: November 24, 2022
I will be releasing an open beta as I continue to update and add more to the campaign. There is still in need of continued optimization and another full chapter I want to design. This open beta is to gauge how well it is met by the public and to fix any bugs, glitches, and inconsistencies in the game so far. You will find a forum on the Steam Workshop page to list any stated above, and to comment anything you'd like. 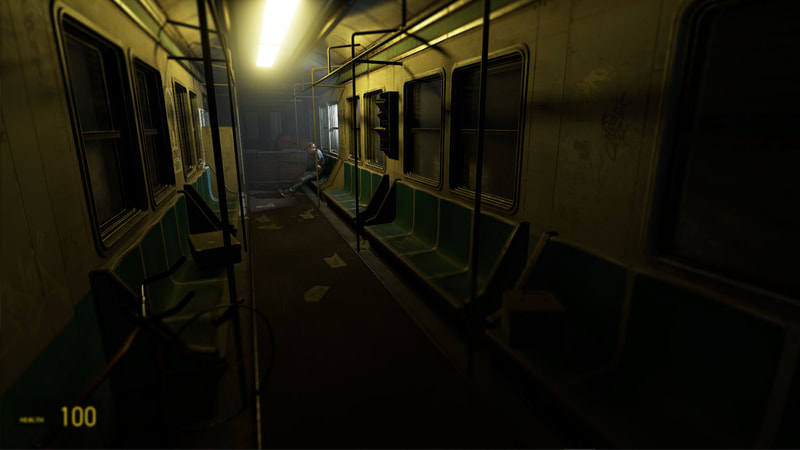 On my way to work 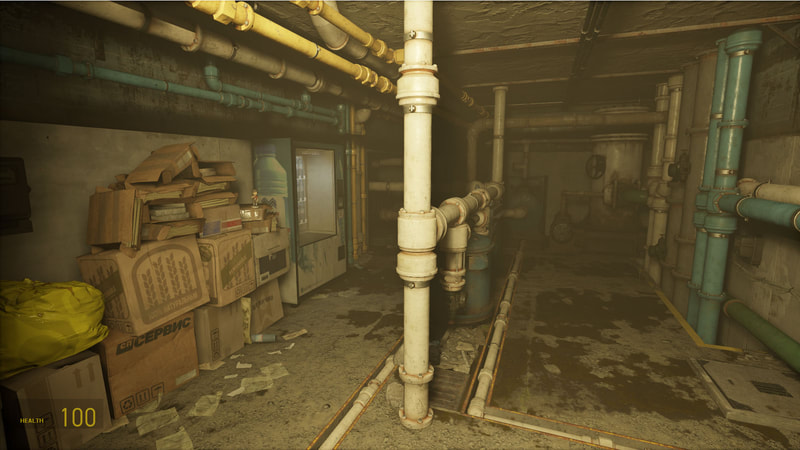 Now where did I leave that secret coin... 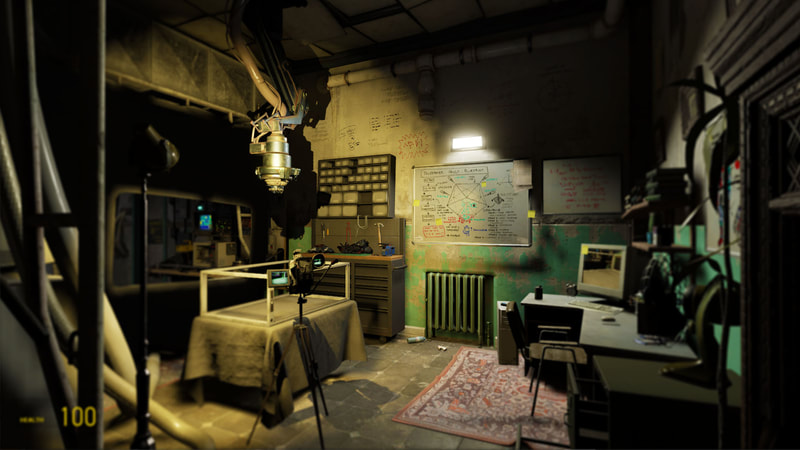 This teleporter took years to design and build 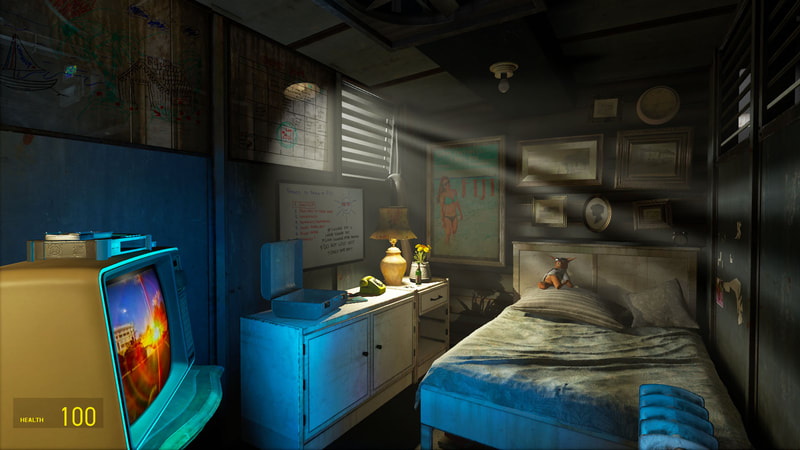 So far yet so close. Make sure you pack everything! 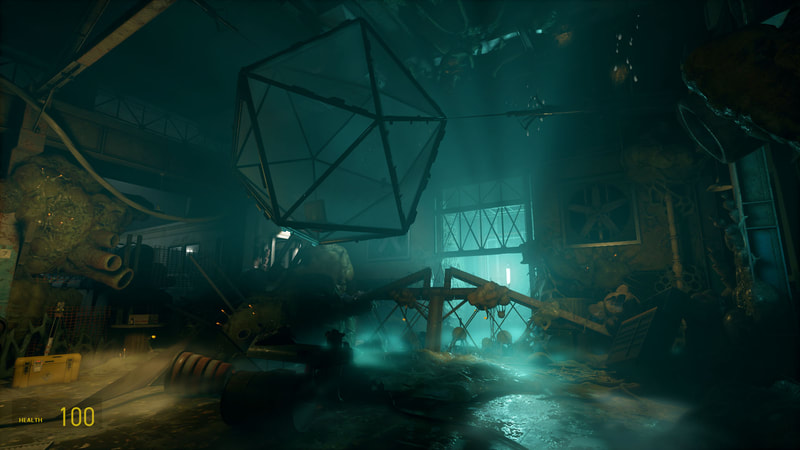 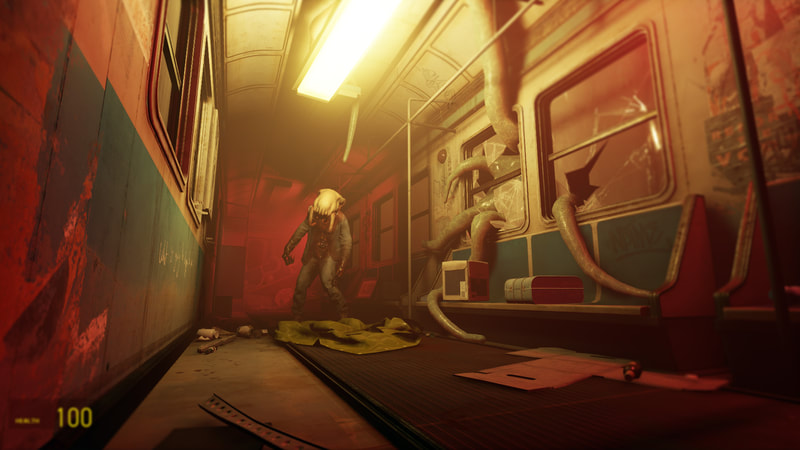 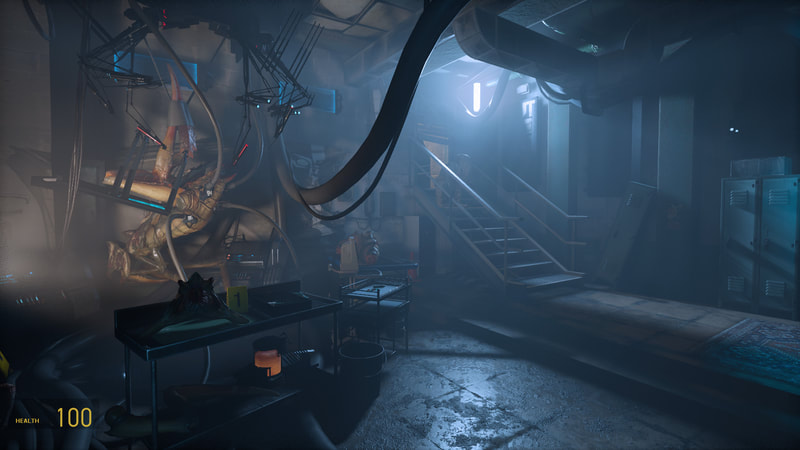 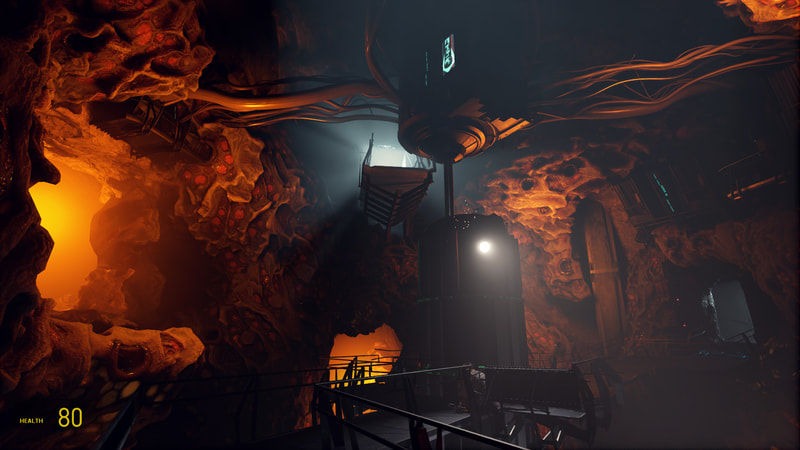 Don't wake them up

1-27-23
This addon now REQUIRES the REMADE ASSET PACK PARTS 1-4. This was tested to show crashes have been decreased dramatically. I have found that by having too many custom textures in the uploaded addon folder was causing the crashes for many of you. Thank you for all your patience! Please let me know here or in the discussion if it indeed still crashes and/or any bugs you may find again. Sorry for those that are currently playing, as saved games may become corrupted from this update

I am currently still working on improving this addon and have already added more puzzles and details for the final build, and hopefully a NEW chapter or two! However, there will be no more major updates (pending no large game-breaking bugs again), until the final release later this year. Stay tuned!
​
12-19-22
Small update.  First off, thanks so much for all the donations, it really means a lot to me and definitely makes me want to map more.  I think I have found the source of the crashes and will be involved in solving this and the other small bugs first.  Unfortunately will probably still be a while until I do a major update and cannot give a timeline yet.  I still plan on adding more puzzles and a new chapter as well.  Just wanted to say thanks to everyone that's played it and gave me feedback and tips!
​
12-2-22
Just wanted to say thanks everyone for the feedback on the campaign.  I'm still working on minor bugs and fixes.  There will be an update tonight to fix the last of the large game breaking bugs.  I'm still trying to figure out why it crashes on map 1.  I'm thinking it's too big and may have to split that map into 2 parts.  I will be working on another chapter for this campaign and ironing out all the smaller issues in a future update but will need to take a short break from mapping.  Thanks again for all those that have played it, left comments and feedback.  If I get enough support, I'll think about making a team to make part 2!

11-24-22
The campaign is LIVE on the workshop.  Please enjoy!  Still a LOT of work to do, performance is poor, and there are many bugs. But I'm very happy to share what I've made so far.  Thanks for waiting everyone.  Happy T-DAY!
​
11-17-22
Even more terrible news.  Index is still broken, new tether I ordered seems to help a bit but still crashes often.  But worst of all, my whole family and I have contracted covid. Daughter has been in need of constant care with a high fever.  I have extreme fatigue and scratchy throat/congestion, even hard to walk around.  I really hoped to flesh out all bugs before release.  The hopeful news is I think I'll still release it as it will be an open beta for you guys to all try.  I will need all of you guys to give me feedback/criticisms/changes/bugs so that I can try to improve it. It should be playable from start to finish without any game crashing bugs (or so I hope).  There are still a lot of areas where it is not optimized and fps drops very low, but I will continue to work on it even after release.  8k compile is not a possibility at this time, but probably a future update/release.  This weekend I will be playing it through multuple times to fix up anything last minute.  Get ready to teleport!

11-10-22
Unfortunately some terrible news, my Valve Index is now officially broke.  Steam support and research online have not been able to fix the display connection issue.  Even when it does connect like 5% of the time, it just glitches and crashes after 5 min.  So I've been spending a lot of time trying to fix it but finally I have given up.  I'm thinking its a cable issue so I did order a new tether but it won't get here until another week. The good news is, I have my origial HTC Vive hooked up so I can use that to playtest.  However, it's just not quite the same as the Index as I can't see fine detail.  The Vive does have incredible blacks and shadows though, totally forgot about that.  In any case, Nov 24 is still the goal.  I've gotten maps 1-5 pretty much done, and actually thinking about doing an 8k compile.  This would take approximately 10 days to finish compiling everything.  I'm going to have to work overtime the next few days if I want to pull that off, but no worries, 4k still looks amazing.  IT'S CRUNCH TIME. Oh and thank you Project 17 as they have let me use some of their future assets for my project, that's not been released yet!  Here is a link to their website.

11-2-22
OPEN BETA: November 24, 2022
THANK YOU EVERYONE for your patience.  I will be releasing an open beta as I continue to update and add more to the campaign. There is still in need of continued optimization and another full chapter I want to design. This open beta is to gauge how well it is met by the public and to fix any bugs, glitches, and inconsistencies in the game so far. You will find a forum on the Steam Workshop page to list any stated above and to comment anything you'd like.  My efficiency in playtesting has slowed to a crawl due to my valve index barely working anymore, hence the open beta.  The screen is now all pixelated but the worst is I keep getting an error saying the display connection not found.  I have to unplug/replug and then restart maybe 10x before it registers now.  Freakin' ridiculous, so sorry for the delays.  I am definitely in need of a new Valve Index.  In better news, a new short teaser trailer is posted.  Also check out the link above to buy a "From Here to There" physical book on Amazon!  It's just a journal but is an exact replica of the one in the Half-Life: Alyx game, but without the wear and tear.  You can use it for whatever!